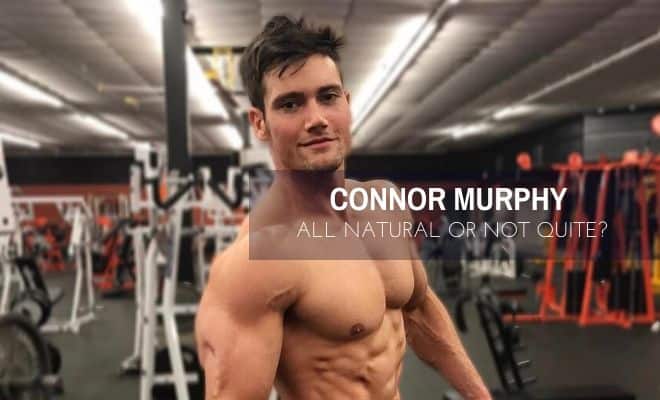 The bodybuilding and fitness industry has been there for as long as we can remember and now it has come a long way. It has gone through a fair share of changes ever since.

The real deal surfaced when every second kid grew up to be a keyboard warrior and started bombarding the search engines with questions like ‘Is Connor Murphy on Steroids?’ and so many similar questions revolving around public figures.

What Will I Learn?

Well, all hail the internet!

Fitness fanatics are so heavily invested in knowing everything these public figures try to keep under the wraps. After all, we all have high hopes or maybe big dreams to achieve a hulk-like figure.

Knowing if Connor Murphy pops in steroids is among the hottest of topics for many.

Because the lad’s physique seems far from being natural to a layman. Also because so many of us fail to become muscular even after sweating day and night in our fitness centers.

How much of this ‘steroid’ story is true, no one has been able to completely figure it out or we simply don’t know enough to know it well.

Maybe we can sort it out for you with all the knowledge we have about Connor and the much-hyped steroids!

Let’s break into it.

Born on October 7, 1994, Murphy is one of the most valuable assets to the fitness industry and role model for young aspiring athletes. He has won the hearts of the public by making impressive videos and vlogs on his YouTube channel. 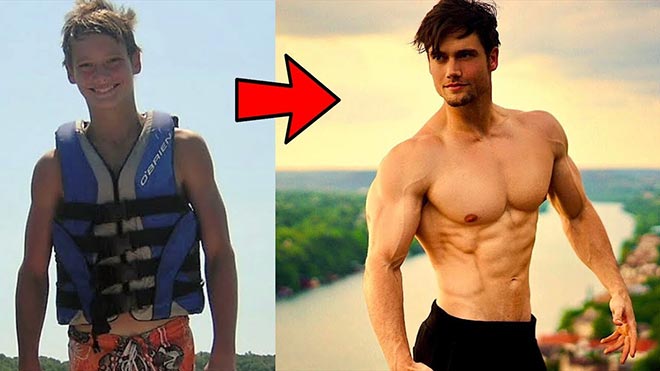 He has been using his YouTube channel for sharing his social experiments and pranks. In most videos, the focus usually goes on his ‘mass body’. Below mentioned videos will give you a clear idea of what we are talking about

In one of his videos, he also tackled the debate surrounding ‘Connor Murphy on steroids’. In the recording, he denied all allegations linked to steroid usage.

Murphy has been the center of discussion for aspiring fitness junkies and his critics because of his monstrous physique. It has compelled so many of us to believe that the guy cannot be natural whatsoever. Quite a lot of people around have accused him of relying on drugs and steroids to achieve the level of strength and muscle he possesses right now.

Athletes and Steroids: the Connection

Excelling in sports and fitness has its charisma. It has so much to offer including fame, medals, recognition, and lots of love and support.

For some, it is a golden opportunity to put forward their skills and abilities and prove themselves in front of their peers. On the other hand, it simply satisfies the intense desire for appreciation, fame, and lots of recognition for others.

The latter is certainly more alarming and concerning as it coerces individuals and groups into going at all lengths to win those shiny and glazy medals. In this scenario, athletes and fitness junkies normalize the use of anabolic steroids to build mass, muscles, and the stamina to blend in well in the field.

Read:  Is Thomas Delauer on Steroids?

For those who are not aware, anabolic steroids are designed to transform your muscle structure. None of the steroids is comprised of natural or organic ingredients and hence they are said to have massive side effects.

The audience now questions celebrities with a deeply chiseled body and overgrown muscles. The very first thought that comes into everyone’s mind revolves around the use of supplements and steroids. Of course, such unrealistic body proportions are hard to achieve for a person following a casual sleep, diet, and lifestyle.

Did you know anabolic steroids impact your body in two ways?

When combined, two of these effects add to the strength and size of the normal human body turning it into a ‘monster’ body.

The world has been casually linking steroids with athletes simply because a vast majority cannot relate to the idea of a ‘big’ body. This puts them in a series of suspicions because in all honesty, as we previously mentioned, you cannot achieve it by simply eating three meals a day. The amount of effort, supplements, and some drugs invested in it are truly insane.

Surprisingly, a study from 2016 suggests that at least 54% of competitive bodybuilders use steroids.

The numbers must have increased considering the influence of social media. However, this is just an assumption and can’t be confirmed without evidence.

Connor Murphy on Steroids: Reality or Far From Reality?

The truth may vary since this article is purely based on research and facts. Under no circumstances, we promote drug or steroid usage. It is to be strictly done under medical supervision.

Now let’s talk about what’s up with Connor Murphy’s body and sort out the Connor Murphy on steroids debate once and for all. 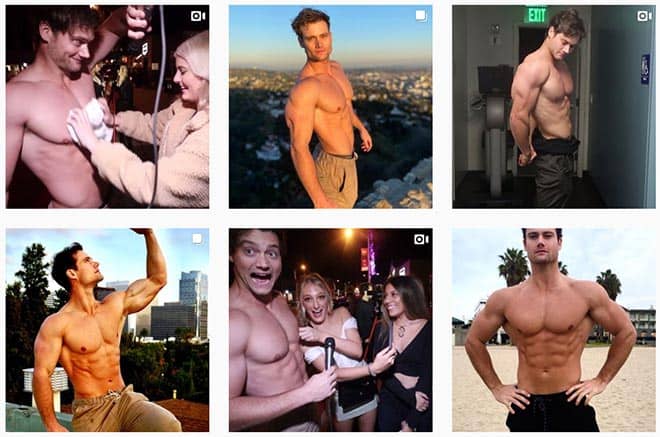 For obvious reasons, the guy has been accused of steroid usage, not once but many times by critics. He also made an effort to make his fans believe that his connection with steroids is non-existent.

He shared his fitness journey in his video ‘Connor Murphy Natural Body Transformation‘.

Here are some quick takeaways from the video:

Nowhere in the video, he mentioned the usage of any drug or steroid. The video was all about natural ways to build muscle and physique. He only mentioned about exercise and diet that contributed towards his physique.

But then again, why would anyone promote steroids on an online forum with hundreds and thousands of followers on board? The general public has endless questions in their mind that boosting their curiosity.

The only fine way to prove steroid usage is to carry out a proper blood test. But that’s not possible for us or the general public so looking out for the signs of steroids in the appearance or the info available is the best we can do.

Here we have broken it down for you.

Body composition says a lot about your health and fitness so much so that it can even point out towards steroid consumption.

We closely analyzed Murphy’s body composition and we concluded that he probably isn’t into injecting steroids. An avid steroid user usually has one or more of the following in their body composition:

Read:  The Most Attractive Male Physique According to Women

To our surprise, Murphy has none of these signs. The truth further unfolds when we compare his body’s proportions with someone who uses steroids like its oxygen.

What we feel is that his proportions are just as normal as a normal fitness freak. He certainly hasn’t gone overboard with building muscle and toning his body.

Anyone who uses steroids generally has a hard-to-achieve shoulder structure. Murphy, on the other hand, has weaker shoulders in comparison to his muscles. This tells us that the guy’s commendable physique is the result of his efforts and not steroid overdose.

Above all, his muscle structure is smooth and this is by far one of the biggest signs of a naturally well-toned body.

Murphy weighed 185lbs. in his late teens and lost motivation for the next three years, and later gained more and reached 205lbs. Athletes and fitness trainers relying on natural means to gain muscle and strength tend to have a slow growth process. 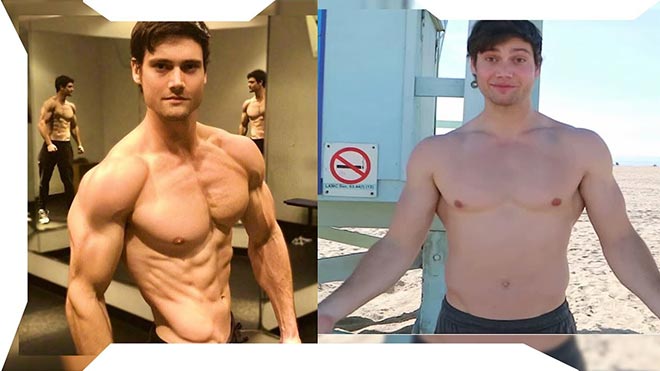 However, in Murphy’s case, he gained 20lbs within a year which was shocking for many. He also addressed this concern and made the following claims:

5-10lbs might have not been directly or even indirectly linked to muscle.

Moreover, taking steroids is not worth considering for 17-year-old. He would have gone more than 50lbs by using steroids in the initial years.

This is a common condition that prevails in the fitness industry and is largely a byproduct of anabolic steroids. Gynecomastia is also referred to as ‘Gyno’. Male athletes experiencing this condition tend to have enlarged breast tissues.

The size of the breast is deeply impacted as the use of anabolic steroids brings an increase in the level of estrogen hormone (female hormone). It is bound to give feminine characteristics and enlarged breasts being one of them.

Hormonal imbalance after using steroids is no surprise. When an individual uses steroids, there is a boost in the levels of testosterone (male hormone). The body then reacts by converting excess male hormone into the female hormone. As a result, estrogens increase and you start witnessing feminine changes like ‘Gyno’.

The key indicators of this condition include:

Neither does he have swollen nipples nor enlarged breast tissues!

So we have ruled out the chances of ‘Connor Murphy on Steroids’ here.

Signs of Acne on Face and Body

If you believe getting acne is a girl’s thing then you are probably living under a rock. Those big men you admire for their big bodies may seem strong with unknown superpowers but their struggle with acne is real. Note that we are talking about those who are into steroids and not all-natural.

There are two reasons why steroids force pimples to pop out one after another:

We went through a series of Murphy’s pictures on online social platforms and nowhere did we see the presence of large or even tiny bumps anywhere on his face or body.

This is clear evidence that Connor Murphy functions without consuming steroids.

You can either have a shredded body or have a good proportion of body fat. Shredded body means extremely low body fat and the body mass is somewhat nonexistent.

Read:  Is Jeff Seid on Steroids?

We realize the information is too much to absorb but this is how it is. Enter the weight lifting industry and you will know.

Also important to know that Connor has put a great emphasis on his routine, diet, and overall lifestyle. Anyone who lives by the mantra of improving lifestyle wouldn’t go for artificial means in any way.

Connor Murphy’s body is huge but is it shredded? It doesn’t look like so we would like to scratch out the chance of steroid injection here as well.

Drug testing is a common ritual in the sports and fitness industry but nowadays it is not as legit. A lot of drug users manage their consumption before the test so that it comes out in their favor. Unfortunately, the practice is not rare and it seems like a pretty normal thing for many athletes.

Talking about Connor Murphy, he competed in an event held by the NPC. Although the organization does carry out drug testing it is not credible enough because of the manipulation by the candidates.

Federations working with all-natural musclemen carry out surprise testing to avoid distortion and manipulation of results.

But then again, it does not imply that federations like NPC do not have all-natural men at all.

If he does take steroids his body wouldn’t have been different than those who do.

P.S. When it comes to steroid use, see what we think about Thomas Delauer and Mike Thurston.

Our Verdict: Little to No Steroids

So we have finally come to the conclusion for Connor Murphy on steroids.

Whatever information we were able to collect showed no evidence that supported the idea of Connor Murphy taking drugs.

Everything seems quite normal to us from his transformation period to his body structure.

It seems like a game perfect genetics as well, doesn’t it?

On the other hand, if he does take steroids, it doesn’t seem like a case of overuse or addiction. Murphy seems to be very particular about his diet and exercise. Anyone with this approach wouldn’t opt for unnatural ways.

For us, it is a perfect balance.